Are you ready to enter the world of John? Are you ready to hear about the life of a member of the forgotten areas of British society? This is a tale of abuse, prison, debt, loss, grief, hardship and some light at the end of the tunnel.

Physical Theatre company DV8 bring their unique mix of movement and truth to this verbatim piece telling the story of John’s life through his own words. They overlay speech with movement seamlessly so by the end dancing is just a normal way to watch the interaction of one man’s life as we flick through the pages from birth to present day.

I’m rare to quote the Daily Mail, but their theatre reviewer Quentin Lett’s described the play as 'A National DISGRACE: Sleazy. Amoral. And paid for by you!' Best advert for a piece of theatre ever? If the Daily Mail disagrees with it it has to be grounds to see it. This is the story of the lost, the last and the least. The story of a member of society who our society has forgotten about and I think it should be celebrated that DV8 have chosen to focus on such a character.

That said, there are moments which I think take it simply too far and there is a whole side story about a gay couple who run a sauna which I wouldn't suggest is the best thing to take your prudish grandparents to. Verbatim, however, is about telling the true story - not manipulating someone's tale for your own agenda and DV8 have remained true to what they have heard for which they should be applauded.

I believe John is a fantastic example of verbatim theatre: honest, shocking, enlightening and true to the original speaker's voice and story. A triumph by DV8. 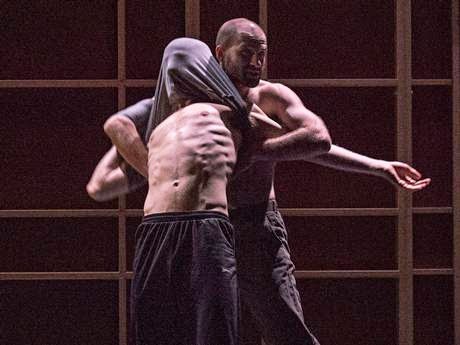 John is on tour now. Tickets and tour information below.