The new year is all about creating new goals and helping get back on track with being who you want to be whether that is in body, mind or spirit.

As a newly discovered health buff there is nothing like embracing the new year with gusto and enthusiasm and excitement. To start my new year off in the best possible way, I'm trying to start my day right with good breakfast choices. As part of my vegan before six lifestyle, I have been trying to find delicious alternatives to picking up a croissant at the station on my way to catch my train. These little beauts are the perfect on-the-run breakfast. 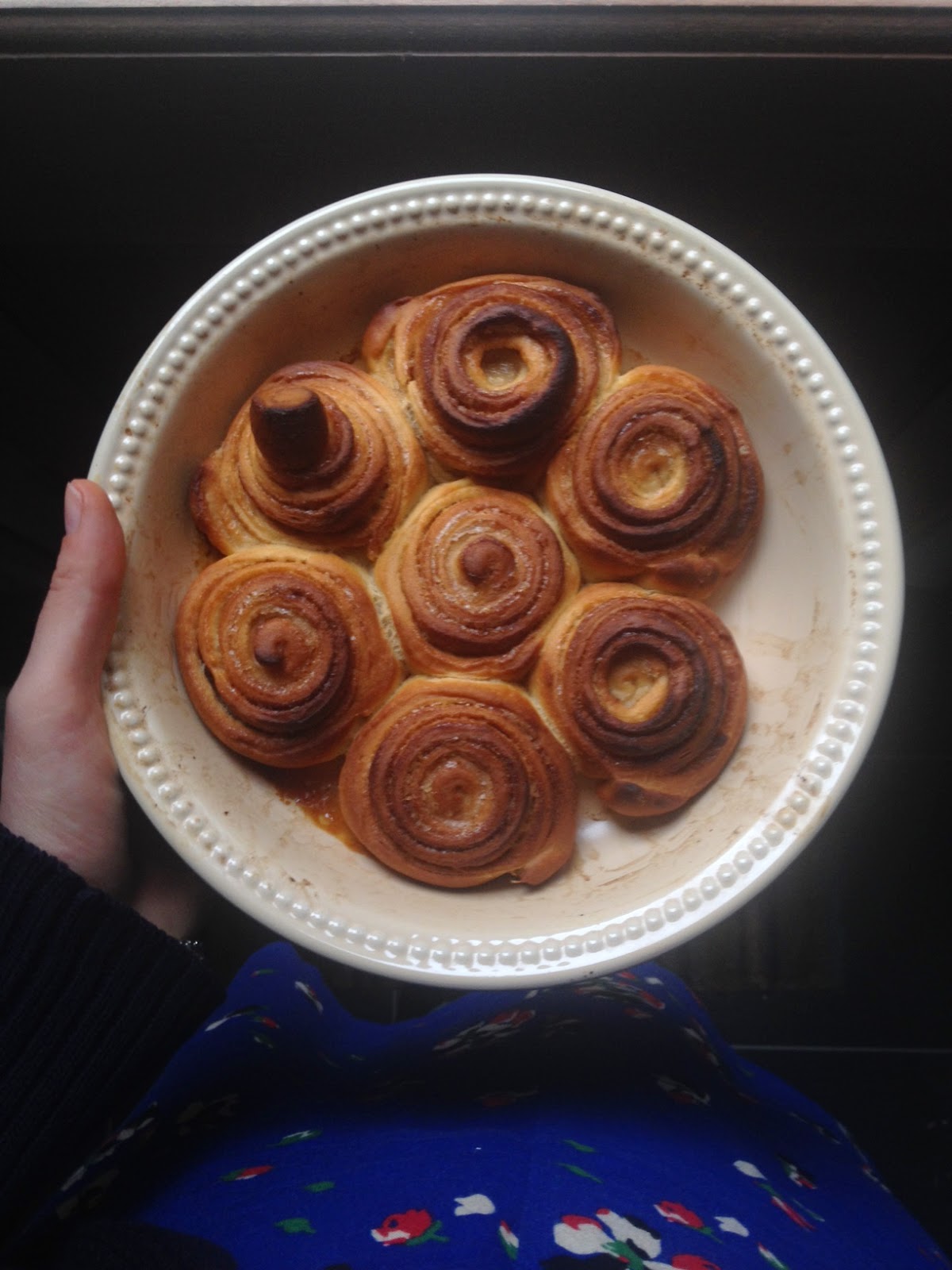 How to make them
1. Melt the butter with the milk making sure it never reaches boiling point. Leave to cool until room temperature.
2. Add the yeast. Leave for 10 mins then add 1tbsp sugar, the salt and stir.
3. Add the flour 1/3rd of a cup at a time. If you've got a mixer this is the perfect thing to use it on as the mixture can be incredibly sticky but with enough kneading it will form a ball eventually.
4. Take another mixing bowl, coat it in rapeseed oil then cover the top of the bowl in cling film and lave to prove in a warm place for an hour. It should roughly double in size,
5. Roll out the dough in to a rectangle on a lightly floured surface. Top with 50g caster sugar and the cinnamon.
6. Starting at one end, tightly roll the dough up in to a sausage. Use a serrated knife to cut the dough in to inch sections and position in a well greased oven proof dish. Place the rolls next to each other leaving a couple of centimetre gaps between each of the rolls.
7. Preheat the oven to 180 degrees C (fan). Leave the cinnamon rolls to prove for a second time for 15 minutes.
8. Bake for 25 mins in the oven.

And done! They'll keep for a couple of days but personally I just freeze them individually taking one out the night before I'm on my way to work. The perfect healthy-ish breakfast - vegan, easy to grab on your way out the door and so delicious you won't mind sacrificing your usual pastry treat for these little dreams. 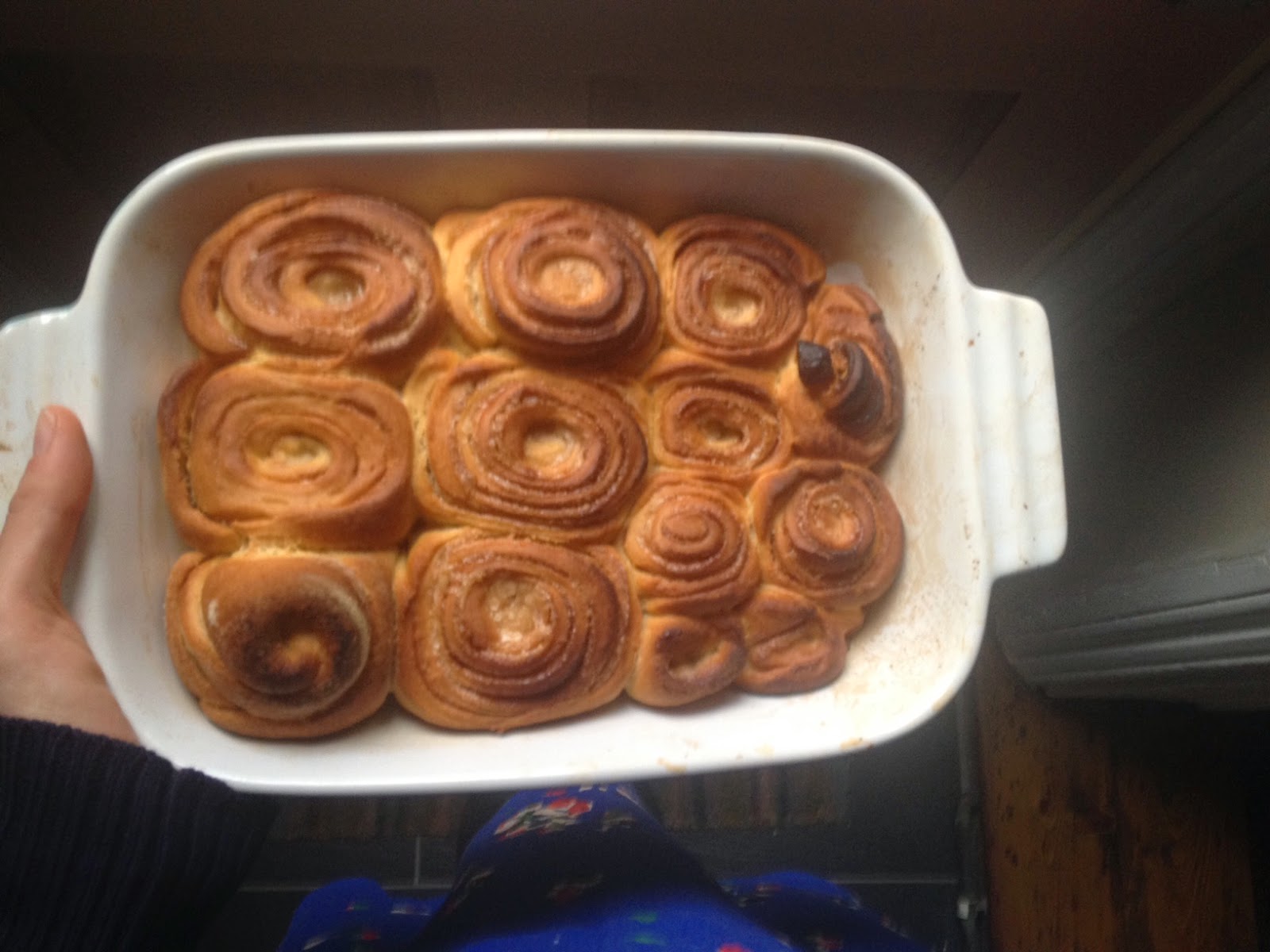 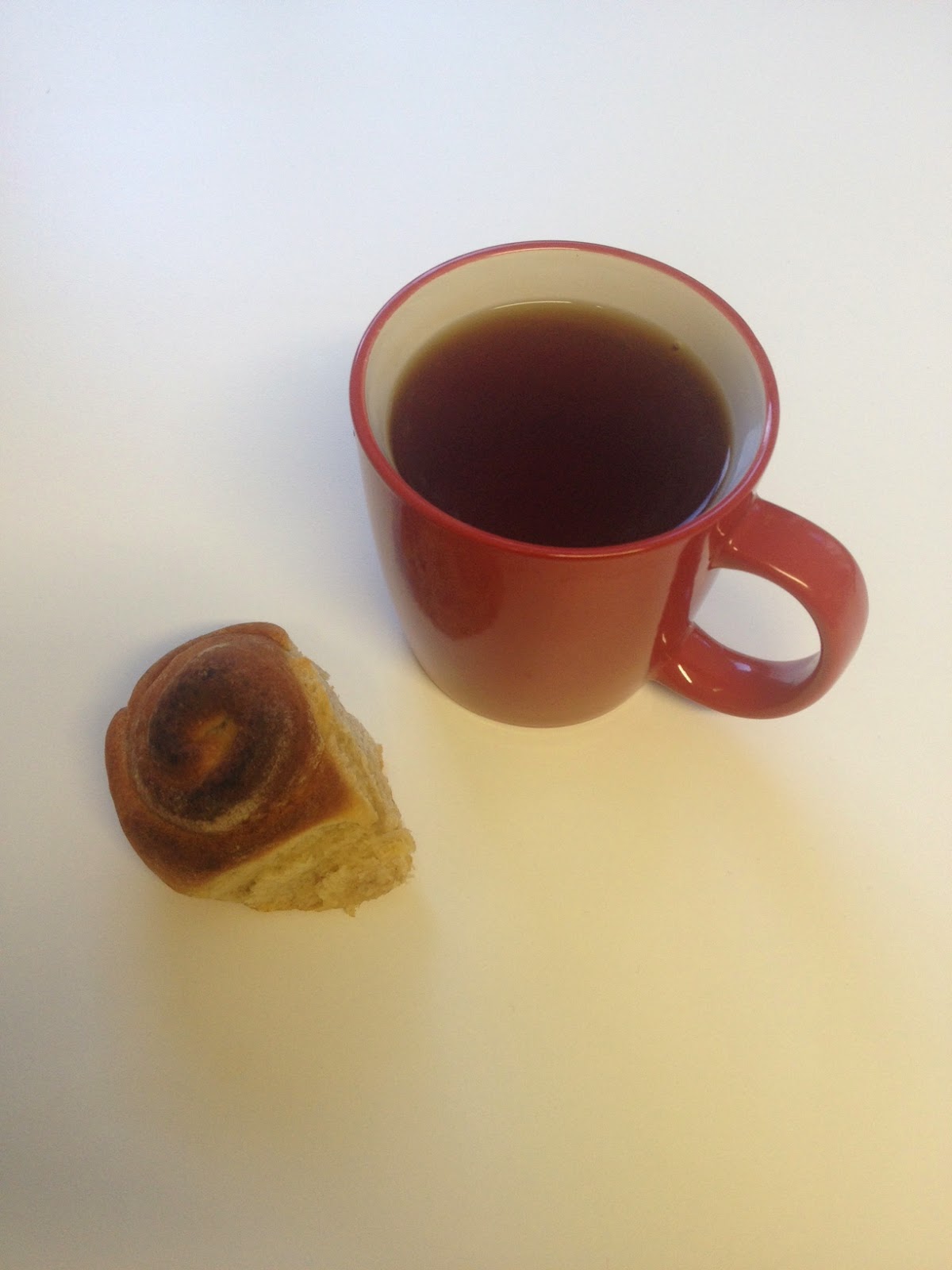 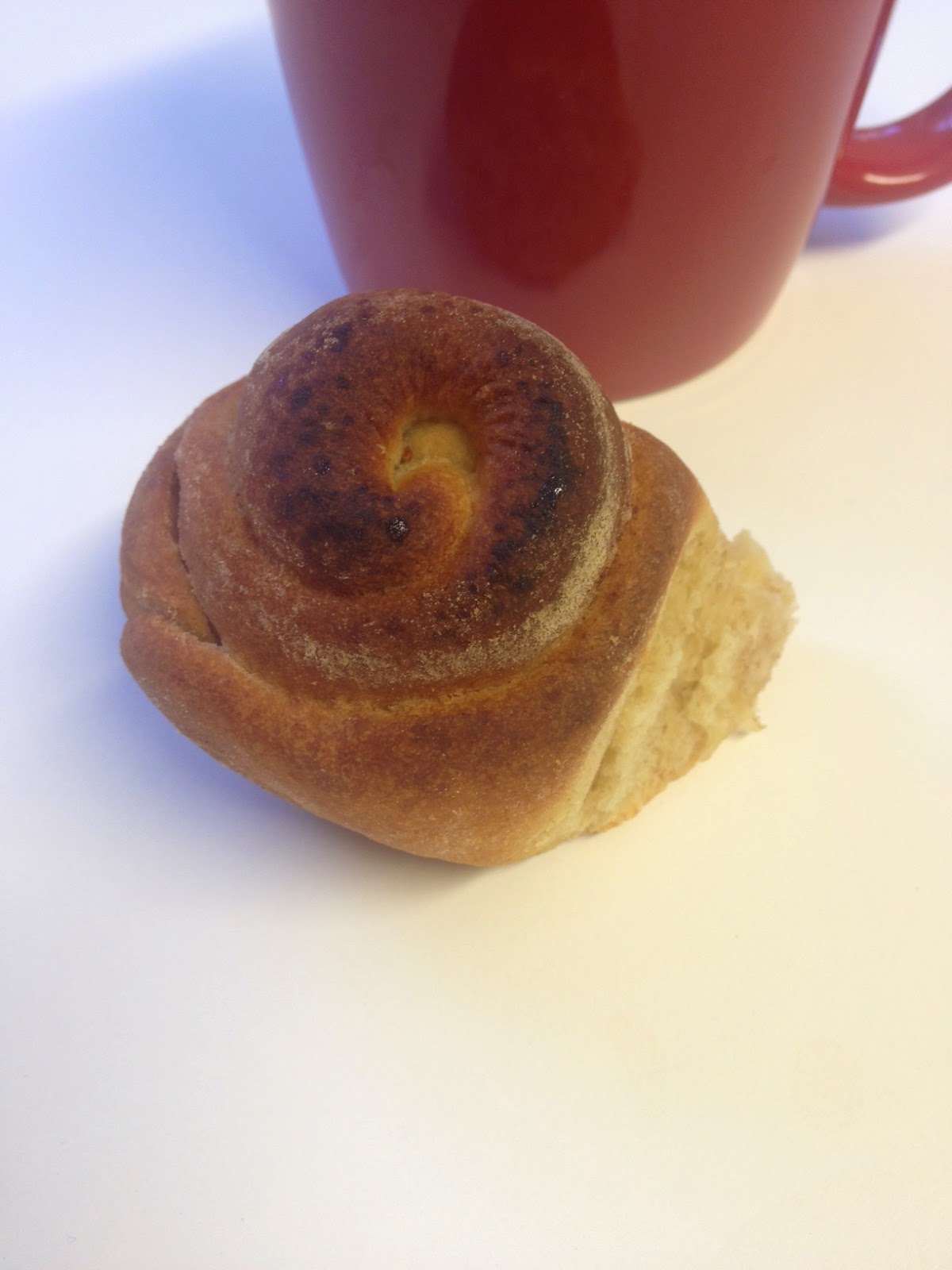