It's a beautiful 25 degrees in May in the UK today which is obviously an absolute rarity. I've spent the morning at the more famous 'true summit' of Pitch Hill's parent, Leith Hill, the second highest point in the South East of England having great fun attempting to run up and down the steps that lead from the Windy Gap car park to the tower that sits proudly at the summit. 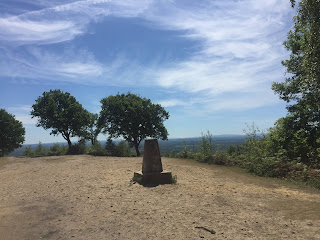 While Leith Hill is an amazing viewpoint, it holds nothing to it's much less well known child of a hill, Pitch Hill. Just further up the road, I have parked in 'Hurtwood Car Park 3' and while the name is less than inspiring this area is far from. The Hurtwood is an area of 2000 acres of privately owned Common land in the Surrey Hills that feels like it has been pulled straight out of a Lewis Carroll novel.

Rather than following the most direct line up to Pitch Hill, I head out West along a narrow footpath and past The Warren, a small summit with a privately owned windmill sitting proudly on top before turning left to lose some height as I descend South down Horseblock Hollow, picking up an access only road and footpath that cuts back across the Warren lower down with beautiful views all the way across to eventually the South Downs. 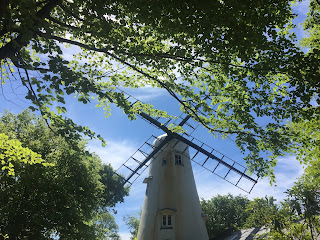 At the end of The Warren a network of tiny incredibly steep paths lead me up towards Pitch Hill. These routes up crisscross and snake up the hill in such a steep manner I feel like a naughty schoolgirl creeping in to the woodlands along long forgotten paths. At times I am almost crawling, dragging myself up the path through the dense woodland until I suddenly hit a clearing that opens out to my right and the summit of Pitch Hill. After tapping the trig point at the top I continue to the far corner and the main Viewpoint where a small information board has been built in memory of the founders of the Long Distance Walkers Association, Alan Blatchford and Chris Steer. You can see why they would have chosen to put a memorial here of all places. I catch my breath and take in the 270 degree vista that enables me to see all the way out to the Shoreham gap and the channel beyond.

South East England opens up before me and in the beautifully quiet woods, I feel like I am a million miles away from London - just 30 miles away as the crow flies to the buzz and hum of Canary Wharf and the centre of town. Here I find myself in a moment of true serenity, caught between the rays of the sun, the dense wood and the eye wateringly beautiful views. 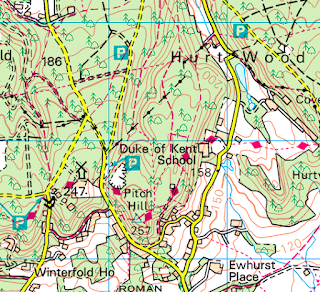 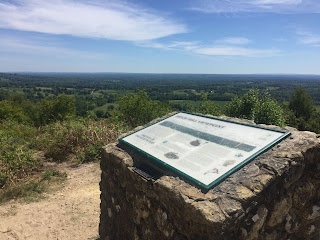 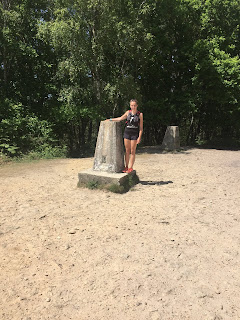