Exeter via Pullman and Brompton

Are you ready to be taken back in time to a world where luxurious travel was as much about the journey as the destination? I’ve arrived at London Paddington ready to journey to the South Coast via a culinary railway treat. I’m ushered in to a beautiful classical architectural gem that constitutes the first class lounge complete with coffee and pastries. As I curl up in a leather wingback armchair I feel like I’ve been taken back to the magic of 1930s rail travel. All I need now is a leather suitcase and a mysterious date with a trilby-wearing stranger at the other end.

I’m of to Exeter St David’s on the latest offering in luxury travel from First Great Western. Partnering with chef Mitch Tonks they have launched a new menu on board the UK’s only daily fine dining rail car service, the Pullman. Featuring produce sourced locally to the railway line and beautifully fresh seafood straight from Brixham market, this fusion of classic whirlwind romance and exceptional dining is a combination that is sure to be a hit. 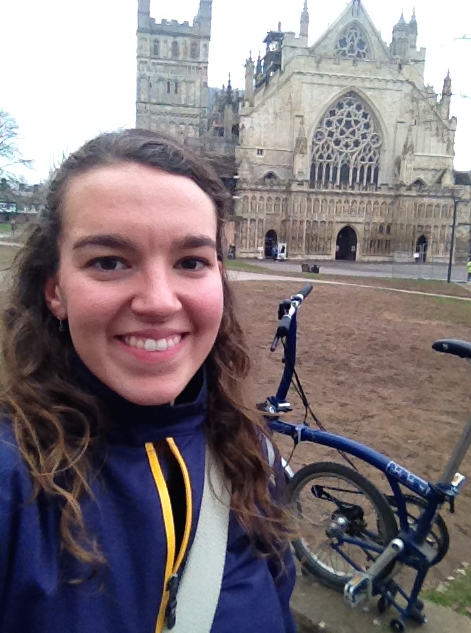 Sitting in a luxurious wide carriage, at a linen covered table, I order a Cornish white wine and as we begin to slip out of London I feel as though I’m already far away from the noise of the city. Specially sourced, the white Cornish wine from Knightor, is a revelation – I’ve always been hugely suspicious of any English wines but this really is a delicious delight. The Trevannion is light, fresh, floral and a beautiful English offering.

To start I order the fresh crab from Devon - a dish featuring both the white and brown meat (£10). As tastes and fashions have changed, brown crab meat has been dropping off more and more menus but it’s great to see the deeper flavoured dark meat partnered against the sweeter white meat here. On to mains and I’ve opted for Mitch’s personal recommendation the monkfish (£25). A beautiful meaty piece of perfectly cooked fish is presented before me served with a mint and caper sauce and traditional British sides including cauliflower cheese. The next time someone tells me there is no such thing as traditional British food I’d like to wave the Pullman’s menu in front of their nose. Taking influence from Italy and France but firmly rooted in the traditional British palate, the menu is classic and reminds me strongly of home which seems appropriate for a train that might be whisking you away from the city to your beautiful seaside home.

For desert I’ve opted for the West Country cheese board, served with Somerset quince jelly (£9). Beautifully creamy and an incredibly generous portion later, we roll in to Exeter St Davids after just 2 hours and I feel a million miles away from the chaos of the capital.

I’ve brought Bertie the Brompton, my new folding bike, with me and we’ve got 40 minutes before catching the train back to London. While the rest of the Press traipse over the road for hotel coffees, Bertie and I are off on our guerrilla style speed tourism adventure. I’ve never been to Exeter but it’s the town my mum went to university in and after a quick scan of a map before leaving I’ve worked out it’s only a mile from the station to the city centre. I hadn’t quite bargained on that being up a stonking hill but Bertie is armed with two gears and more than capable of the challenge. I’m rewarded at the top with the beautiful Saxon cathedral dating from 1200. It’s vast and the ceiling inside is completely incredible: in fact it’s the longest vaulted ceiling in England.


Back on the road and up hill a bit further I find Rougemont Castle, built by William the Conqueror soon after 1066. Now just tumbling walls and sections of the gates remain but it’s impressive nonetheless and you can imagine how this prominent hill side fortification would have been a stronghold back in the Medieval times.

Bertie and I whiz back down the hill to the station and I’m back with time to spare before the train. The other reviewers look round confused “Where’ve you been?” They’re half way through their coffees and I meanwhile am flushed with the excitement of a new city and a small but mighty adventure. “Oh, just nipped round Exeter quickly, did the tourist thing” I reply nonchalantly, grinning to myself.

As I step back on to the train I’m plotting my next visit – a chance to take on both the beautiful old-school romance of the laid back first class travel with the highlights of the exceptional food produced on the Pullman train and a chance for Bertie and I to get out and about on another adventure.

By stepping back in to the past, I feel I have come face to face with the future of travel: because, after all, shouldn’t the journey be as important as the destination?