3,800m of elevation gain and descent is a lot. I’m reading the information pack for my leg of Infinite Trails and I keep thinking they must have made a mistake. That’s roughly four ascents and descents of Snowdon, one every 15km. That’s bonkers. 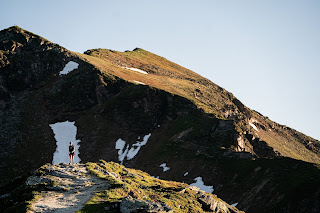 I'm at the Adidas Trails World Championships, a brand new event on the global running scene organised by the giants that are Adidas Terrex in the heart of the Austrian Alps. Rather uniquely you enter in teams of three and run relay style over 21 hours and 120km. In order to set the teams off on Saturdays race all teams compete in a seeding race on the Thursday covering 15km and 900m elevation gain and loss. 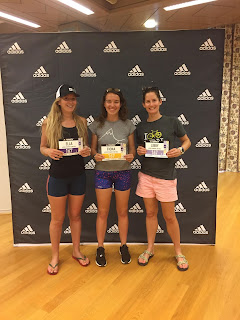 I'm lucky enough to run with the brilliant Adidas Runners London community and was chosen from the community to take the long leg in an all womens team. My friend Ella would be taking on her first mountain race on the 25km opening leg handing over to me for the 60km daytime section and the Libster, my trail wife from TAR, would be bringing us home with the 40km nighttime leg. The weekend itself had a great festival style vibe and lining up for the seeder race on Thursday we were feeling relaxed mostly because Europe was in the grip of a heatwave so we knew we were just going to take it easy rather than race. 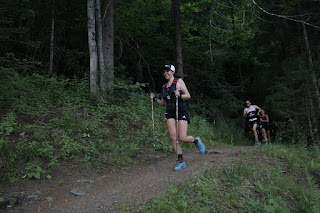 The seeder race is an evening run starting at 6pm which definitely helped with the heat but it still felt like quite the slog up to the aid station and the high point. We made friends on the course with some brilliant teams from all round the world which kept up spirits and the descent back down was fun and fast with inspirational views. 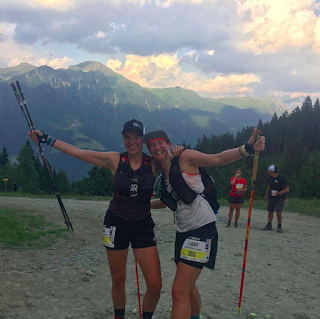 Friday we tried to get all the recovery in we could but it was tough, my DOMs started settling in as the day went on which added to the fear of what the 60km would bring. The temperatures were through the roof and we’d been told that race day would bring soaring highs of 35 degrees. Add to that the pressure that Ella would be going out at 4:45am for her leg and I had to roughly guess when she’d be back and be waiting in the changeover zone for her. Not knowing when you’re due to start a race is hugely disconcerting!

I woke up early on the Saturday race day with the horrible realisation that my quads were already in bits from the seeder race. I ate quickly and quietly and then wandered down to the start. Loads of my brilliant friends were racing so the start line was packed with people I know but I’d find out later I’d come down 90 minutes too early which wasn’t great in the blazing heat. Ella ran in like the champ she is and at 9:30am with a rock on salute to my mates I was off. 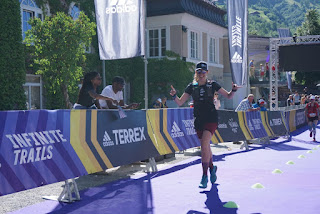 The first 10km of the main leg is pretty flat with a couple of steep gradient but otherwise easy running and my legs couldn’t have been more grateful for the shakeout after Thursdays antics. The run takes you up the valley from Hofgastein to Bad Hofgastein, an amazing town centred around a waterfall. The problem with a relay is I was overtaken by maybe 15 extremely fit runners in that first section which is slightly odd at the start of a race when you feel you’re making good progress!

Out of Bad Hofgastein the climb was horrendous. Below a ski lift you weave through thick vegetation on a rarely trod path up and up in the intense sun and by the time I got in to the first aid station I thought I was going to pass out. Thank goodness the amazing Claudi, my friend and coach, was waiting for me in the aid station and helped me control my overheating - dunk your head under this freezing cold water, eat (no it doesn’t matter you’re not hungry), drink, fill all your bottles and now carry on. Once I’d cooled down the rest of the climb up the first mountain didn’t seem as bad and it taught me how quickly things can go from good to not so. 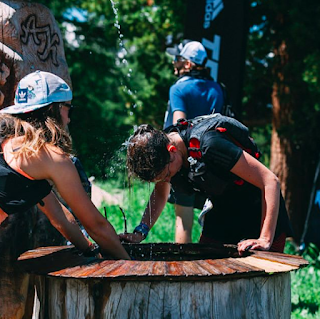 2,400m up you feel you’re in another world: ridge lines and mountains for days. Then came one of the most bizarre things I’ve seen in an ultra: a ridge climb which was a full on technical scramble that lasted remarkably for 600m thereby taking me 40 mins. The summit was the stuff of Alp dreams, a large cross and views to make your head explode. Then came the fun of the descent all the way down to almost sea level ready for a massive second ascent.

I mean - who came up with this race route?!

Further up the valley the heat was really beginning to effect me and I've thrown up, developed a persistent but shy nosebleed and was beginning to feel pretty light headed. As I came in to the checkpoint and aid station at 37km the world went dark as I hit the shade and I hit the ground, passing out as I came in to the aid station. I've never claimed to be a great runner in the heat but this was pretty extreme. The volunteers were brilliant: cooling me down, feeding me and getting the medic. The medics view was "If you can stand, you can run" so ten minutes later I scrapped myself off the pavement and carried on. Thirty minutes out of the aid station I thought I was hallucinating when at the top of a climb I found an Austrian milkmaid by a 10ft tall wooden dragon offering me a glass of water. I insisted on taking her picture. Turns out: she was real. 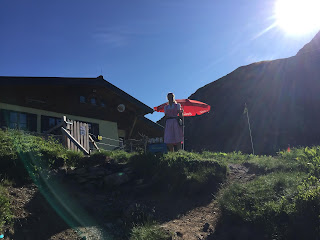 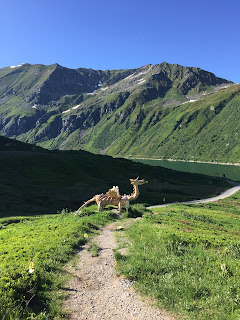 I buddied up with someone and this took my mind off the slog with an hours companionship. I ended up pulling away from her as we approached the toughest section of the course: a diversion off the path to avoid snow drifts that was relentless in its ability to sap the energy from my legs. On the approach to the final climb I felt I'd burnt through all my mental positivity and not even a vigorous snow leg rub from a pair of Austrian marshals could help (designed to cool you down - genius!)

The run in to the penultimate checkpoint was tough as I knew at that checkpoint, with 15km to go I'd be offered the option to drop out and take a chair lift back to the start. It got worse when I was forced to undergo a mandatory kit check ahead of the night closing in and after a little cry to myself I unpacked then repacked my bag and got ready to leave. "Are you sure you want to go out again?" The volunteer asked. Not helpful. I later found out only one other person got through the checkpoint behind me before they shut it 90 minutes earlier than planned because of the conditions. 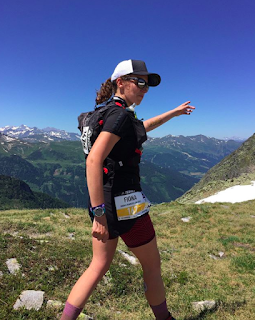 I made a deal with myself: if I was going out again I would run every single step of the final stretch. I would finish on a high. So off I went. Step after step. Down another wretched ski slop, making up positions, running straight in and out of the final aid station with a snatched handful of pretzels and firing up my headtorch to take on the dark forest but still running on and on.

The final 5km was the same finish as the seeder race which was weirdly comforting while also being unbearable mentally. I knew how far each bit was but at least I knew I could do it. As I approached the town I got to see some of the brilliant Adidas Runners London crew waiting for me with just the final corner to go. Hugs all round before I smashed out that final energetic finish funnel run in. My relay teammate Libby had long been sent out on to her leg because of timing so my only objective was to finish my leg now. Heel clicks down the finish funnel and I was there with a wobbly legged collapse and sweaty hugs all round.

I ended up making it in in 13:16:17, finishing 30th female out of only 31 girls who ended up completing the loop. In the end, only 7 all female teams managed to finish within the time, and most of these teams were pros. 193 teams started on the race day and of these, 98 completed (mostly all male teams: 61 were all male). 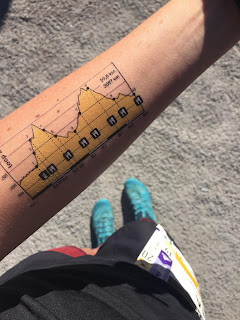 While I enjoyed my time in the Alps I definitely think there are some steps that need to be taken to improve the experience for the amateurs of the race and help encourage more female teams to finish. It isn't necessarily about making it easier but decisions like cutting off a checkpoint earlier than you said you were going to isn't great.

Would I do it again? I'm not sure. I don't think I'll ever get such a brilliant team of girls to compete alongside me and it would be hard to top. But I'd love to see what the race organisers do next year to improve the race.

It's definitely one of the most amazing races for team spirit I've ever been involved with and if you're looking for a new kind of adventure, it's worth looking up Infinite Trails for 2020.

To find out more about Infinite Trails see their website: https://infinitetrails-worldchampionships.com/ 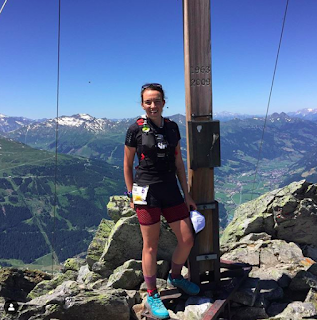