First two times they were more fleeting thoughts rather than hard work plans (Copenhagen 2018 - destroyed in the heat and Chicago 2018 - PB of 3:52:58). The last time in Stockholm I'd worked super hard and it didn't come to plan but thanks to the amazing Speedster pacing me round the hilly course I lowered my PB to 3:45:39.

In the last 10 weeks I've worked harder than I've ever worked in a marathon training cycle. I've achieved a new 10km PB, run virtually my half marathon PB after a 10km warm up and clocked paces I've never seen before. 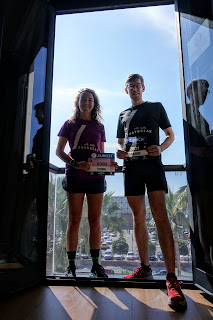 But this was not the blog I was hoping to write.

Seville was the most wonderful course. Beautiful, flat and early on in the year - perfect for the ultramarathon lover in me to race then get back to the trails.

I've also been struggling with lots of other stuff recently including high levels of stress and little sleep and going in to marathon week I wasn't my usual self but by recognising it properly early on in the week by the weekend I was feeling ready to attack the marathon. I clocked a little shake out on the Saturday and I'd be lying if I said I wasn't a little shocked at quite how warm I found it. After training in long, cold, wet English winters, and being known for my love of shorts and t-shirts regardless of the weather, I was shocked at quite how warm it felt in Seville. 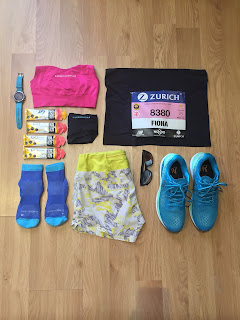 I made a panic trip to Decathlon and bought a great emergency vest for just €15 to wear on race day. Nothing new before race day slightly out the window but it was definitely the right decision.

On the day itself I felt great. The Speedster had wonderfully offered to pace me and as we set off I felt amazing. I was so ready. Congestion at the start made the first km slow but that felt useful to get us in a groove. We went through 10km in 51:15, on track for 3:35. The next 5km flew past but 17-19km were a bit tough but I still went through the half marathon in 1:48:55, on track for a 3:37 finish. 20km-24km I was back on it but as I got to 25km my chin started repeatedly popping up and I realised I was started to get really uncomfortably warm. 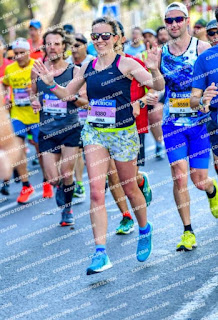 Between 25km-30km I managed to hold my pace for some kms and others started to slip but I was still well on track for a GFA time. But then around 31km something just snapped in a way I've never experienced before. My heart rate soared over 190bpm and I was convinced I was going to pass out/throw up. The heat got to me. And then my calves started cramping horribly (again something I've never had before). I desperately poured cup after cup of water over my head desperately trying to cool myself down but the damage was done. 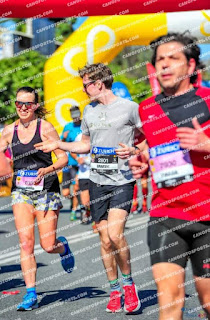 My brain was screaming to stop. I'd lost all my goals. I felt so unwell. I just desperately wanted to stop.

But somehow I kept moving forward. I walked through the water stations for 10-20 seconds every time to try and give myself the chance to get in fluids. It was agony to keep moving especially as around 35km my by now wet and salty feet were causing me agony (3 blood blisters under toenails and a massive blister on my arch would explain that later) and I felt like I was barely moving. 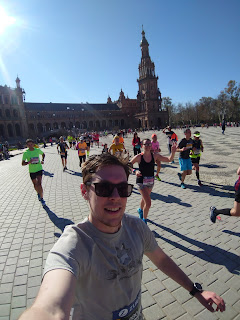 When the 3:45 pacers passed about 39km it really hurt me mentally. I desperately tried to go with them but my legs were screaming with cramp.

Looking at my splits now for the last 12km I actually see I was still holding a decent pace. But it's hard to come to terms with goals versus paces you formally ran.

I convinced myself for the final 3km I wouldn't walk a single step. Finish well. Flipping heck it hurt. The Speedster was amazing and stuck with me through all of my meltdown. As we approached the finish line it was so overwhelming to not be running towards at least a PB.

I'm taking some time this week to regroup and come to terms with how I'm feeling. Next up I've got a trail ultramarathon so I'm excited to next week head off to the trails for mentally a bit of a break from the roads. 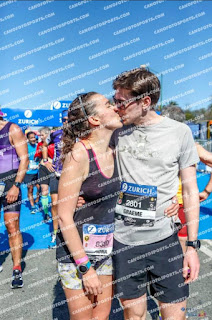 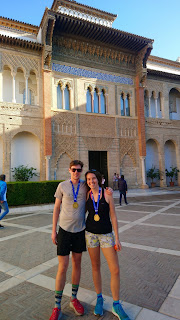