You’ve put in the hard work. You’ve trained hard. You’ve run hundreds of miles. And race day is fast approaching. After training there is one absolute cornerstone of the marathon that must be considered: nutrition.

Many athletes have been flawed by getting nutrition wrong. Amateur and professional. There are 3 primary fuelling tactics you need to get right:

BEFORE
The night before eat something you’re used to and avoid high levels of spice or dairy. “Carb loading” is important but don’t overdo it! You’ll just up feeling sluggish and groggy. Personally I always eat pasta with pesto and chicken the night before.
It’s really important in the days before you get enough fluids as well. Carry a bottle round with you and ensure you’re getting through at least 2 litres of water a day: coffee and tea don’t count!

On race day morning eat something you’ve practiced eating before running. Avoid lots of fruit as things high in fibre can encourage you go to the toilet more (and no one wants that in the middle of a marathon!) and instead try something with a good blend of slow release and quick release carbs. Porridge with some nut butter and a bit of banana is perfect or chia pudding with some almond milk. About 30 minutes before the race starts I really like following in the footsteps of the greats, like Mo Farah, and sneaking in an espresso. It helps me focus and channel my nervous anticipation. I’ll also have a final snack: I really like Aldi’s coconut paleo bars or Pip and Nuts squeeze peanut butter packs as good rich energy sources

DURING
The average man will be out for 3 hours 48 minutes and woman 4 hours 23 minutes at the London marathon day so you need to think about how you’ll keep your energy stores topped up during the race. The two things you need to consider are fluids and sugar/salts. Firstly fluids: don’t forget you’ll need to drink water! Out on the course most major races will provide you with regular water stations: don’t overdo it though - you can make yourself incredibly poorly by drinking too much. Small sips regularly and you should be fine. I personally always walk through the water stations to ensure I have time for a quick drink. It doesn’t impact your time in the grand scheme of things.

Secondly sugar and salts. Energy gels are brilliant things that taken roughly every 10km should help keep you going for the race. However, it’s imperative you practice with them beforehand. Some I’ve tried previously have really upset my stomach so be careful. Certain gels need taking with water too so make sure you know what you’re taking and how it will affect you. I personally really like the SIS gels that don’t require water. I used to suffer with terrible cramps in my feet when running long distances but have discovered taking salts on while running totally fixes the problem. If you’re running the London marathon you’ll find Lucozade gels out on the course so test them out on your final runs to see whether the ones on the course will work for you.

If you’re not a big fan of gels you can also try ‘real’ food. Nakd bars, Tribe bars and sport jelly beans are all good options but it can be a bit tougher to get used to needing to chew while running.

AFTER
When you finish I know all too well the temptation is to sit down and drink a beer but don’t forget the impact good nutrition can have on helping you recover faster and fend off injury. When we put our bodies under the stress of events like marathons we need to give our muscles recovery products in the form of protein to help them build and repair. This is most effective when taken in within 30 minutes of finishing so consider giving your finishing snack/drink to either a friend spectating who you’ll meet at the end or in your drop bag. I personally find it hard to eat as soon as I finish so I often have a shake - I like SIS REGO, Goddess Nutrition protein shakes and, if I’m in the mood for something a bit solid Tribe 10 protein bars (which are all natural so good if you have dietary requirements).

Make sure you keep drinking throughout the rest of the day after your race too - and I don’t mean alcohol! It’s fine to have a celebratory beer but if you’ve been out for a number of hours, especially on a hot day, it’s imperative you take on fluids for the rest of the day.

And that’s it! Nutrition for Marathons 101. Look after yourselves out there and put the training in to action. With balanced nutrition and good training you’ll smash your marathon goals this Spring. 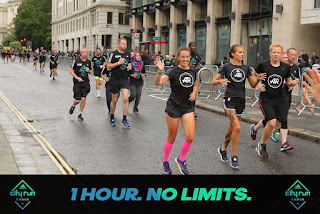