Two weeks a go my friend Johannah made a shout out on social media - a charity she volunteers for had some places for The British 10k in central London they were desperate for some runners to fill. One accidental sign up later I found myself running an unexpected 10k. 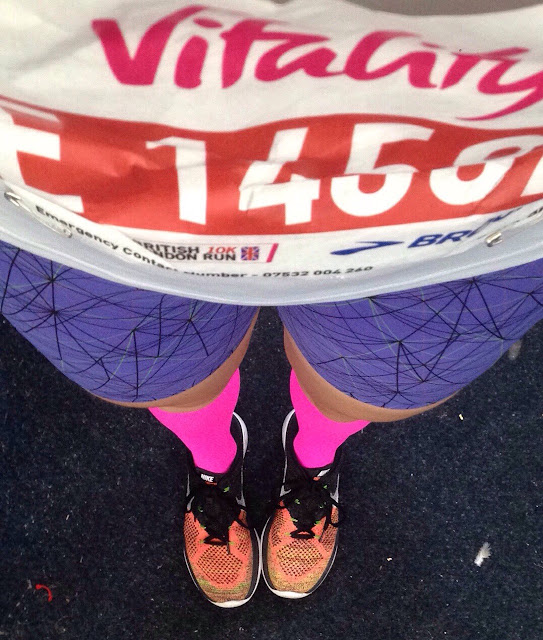 This is the third time I've run The British 10k; last year I won a couple of places with Vitality and had a great, if not super busy, race. Back in 2012, the less fit version of myself had just discovered running and had entered as my chance to show my home city what I could do. My dad and boyfriend at the time (now my husband AKA the speedster) biked around the city cheering me on as I grit my teeth and took on London. Those were very different times in my running life - I was aiming to get round in one piece and had spent weeks preparing. Very different to my thoughts this time two weeks out 'Well it's just a 10k...' 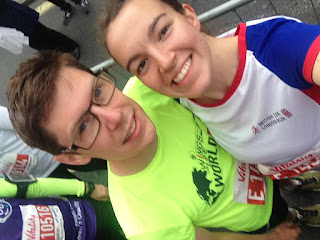 The speedster and I took an early train in from Cambridge on race morning and Boris biked down to the bag drop area. As is always the case on a race morning I was quiet and nervous but meeting up with the Captain of my Support Team (also known as Dad) cheered me up and after bag drop we made the long walk to the start. If it had been raining or it was cold this would have been a really long way from leaving your jumper but race day was muggy and bright. The speedster insisting on grabbing an espresso on the way to the start line which gave me a chance to nip to the toilet - important because there were no race day toilets near the start line - a real oversight by the organisers. We were penned quite far back so it was hard to watch the pacers for 45 minutes, 50 minutes, 55 minutes and an hour race away before we were eventually, at 9:50am set off. 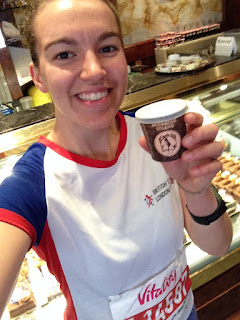 I love running round big cities when they are closed off - it's exhilarating. But nothing beats running round London, a city I know like the back of my hand, to the sound of steel pan bands and cheering crowds. My first 3km were really fast as I zoomed past people and then enjoyed a sneaky downhill section at 2.5km. Great cheer from Support Team Captain at 3.5km saw me zoom off to 5km in a comfortably quick 25:48. Looking at my watch I was surprised at how fast I was - I wasn't expecting to run quickly having not been specifically training and suffering with some niggles plus the super busy course and poor placement in the pens didn't lend itself to running a PB. But the lack of pressure and the ability to just listen to my body rather than stick to a pacer was definitely rubbing off well on me. I got my head down and pushed on.

Another encounter with the Support Team Captain at 7.5km and then seeing my friend Jo at 8.5km all helped me sail through to 9km where I was pleasantly surprised to find I only had 1km to go. I had pushed quite hard so wasnt able to find my usual sprint finish at the end but a glance down at my watch explanained all: I'd managed to PB in seemingly impossible conditions! Elated I grab my goody bag (pleased to get one again after the sad half a banana only at the end of the ITU Leeds Triathlon) my fantastically chunky medal and a great finishers t-shirt. 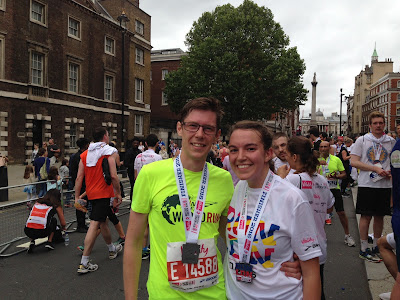 A cup of coffee and a sandwich later and I was on Cloud Nine. Official time: 51:14. That's a PB for me on Tarmac - because stupidly I'm faster on trails (a great hilly trail 10k in Saffron Walden is my ultimate time at 49:48). Brilliant race and a pleasure to be part of it. There are some organisation points that are a bit wonky and could do with ironing out: lack of barriers separating the crowds means I saw some people crossing in really dangerous ways and the lack of toilets at the start is pretty inexcusable. Race organisers will always do better with volunteers than security guards as well - it creates a completely different atmosphere on race day and must have a considerable cost saving in the long run. And I still fundamentally believe that a 10k shouldn't cost more than £35 so the race entry at £50 in my mind is just too expensive. That aside, I had a great race day and was thrilled to once again take on the Capital. 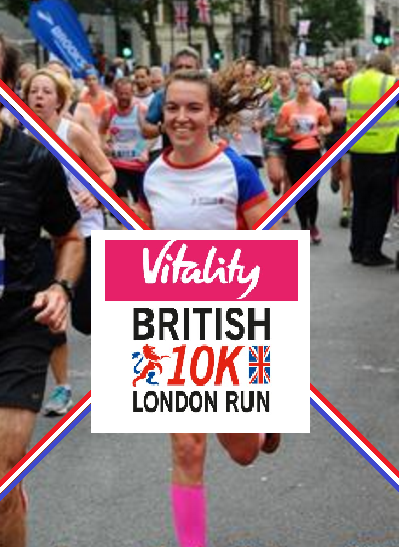 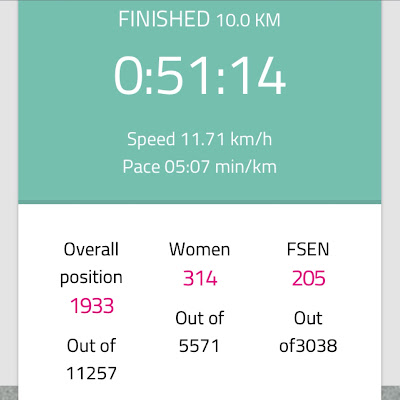 I ran to raise money for Chalk Farm Foodbank and the amazing work they do providing emergency assistance to those in crisis. You can donate here: https://www.justgiving.com/fundraising/Team-Englishs